©2021 by Addison Cain
All rights reserved.

High-handed, unconcerned with the liberties he took… Shepherd had made his move. Claire saw that now, frustrated that clarity only struck in the wake of his ploys. He wanted her angry, mentioned her impending tantrum especially so she might snarl in indignation.

An angry Claire was not an anxious Claire. And she was angry. It was more than just the mess he had made of her nest, again. It was a never ending pull.

He wanted a tantrum so that she would perform per his strategy, yet he was the one who’d left feathers everywhere. Nests were sacred to Omegas, they were art. Alphas were to admire them and relish the efforts of their mates.

In Tholos he had respected her nest, encouraged it. Invaded on his whim. Now they were taken for granted in his pursuit to… what? Annoy her?

His seed flowed down her thighs, a slippery reminder that he had only just fucked her and left. Downy feathers were in her hair, sticking to the mess as it ran down her legs. It would take an army of people to clean this room in the two hours she would sit and practice Greth’s Spanish.

Which would mean strangers near her most sacred space. Many strangers. Their scents would stain the air, a condition no Omega would appreciate.

So she would have to do it herself. Which, of course, he knew she would do.

Which was another reason it was obvious he had made the mess on purpose. Frustrations surging, she reached for her COMscreen and dialed her mate. He answered immediately.

“If you wanted to see a movie, you could have just said, ‘Claire, I want to see a movie about a baker.’ You didn’t need to destroy my house!”

There was no visual, but she could hear the smirk in his reply. “You would have declined the invitation.”

“I am so angry with you right now.” And she was growing more angry by the moment. “Why can’t you just be normal?”

No emotion layered his reply. “Watching a film is normal, little one.”

“You planned this whole thing from the beginning. This was all one big set up!”

“‘Victorious warriors win first and then go to war, while defeated warriors go to war first and then seek to win.’ You should spend more time studying your favorite philosopher if you want to outwit me, Mrs. O’Donnell.”

One hand held the screen, the other tore at her hair. “The fact that you see our marriage as a war tells me that you need to be the one talking to Dr. Osin, not me.”

“I’m at war with your neurosis, Claire O’Donnell.” Utterly calm, as if he had prepared his answers to her anger weeks ahead of time, he said, “You reek of fear at the thought of leaving our home. You refuse the company of others. Your self-imposed solitude is over. I am ordering you to make a friend.”

“You are completely insane!”

“You claimed I am tense lately. Perhaps I would be less tense if my mate were more well.”

Her feelings stung at the barb, Claire aware that even if his COM did not show a visual, he was absolutely watching her. That he saw how her lip shook before she could stop it. “I am not one of your Followers. You don’t get to order me to do anything.”

Darkness promising so many things purred over the line. “Then I shall continue to outwit you. Have fun cleaning up the feathers. I love you and I will see you at dusk.” The connection terminated.

Fuming, Claire looked around the wreckage of their bedroom and screamed. Hating that she knew he was still watching her. That he would be watching her all day.

“Wow.” Maryanne leaned back in her chair, baffled and grossed out. Also not entirely sure it would be a good idea to tell Shepherd he had a small white feather in his hair. “You guys sound so normal.”

Tucking away his COMscreen, Shepherd poured such a look on Maryanne that her moxy fled.

Throwing her hands up, she said, “I know you ordered me not to speak, but she’s not on the line anymore. And it’s strange, you know? I have not heard my best friend’s voice in over a year.” Unsure why she had a death wish, Maryanne added, “Why doesn’t she have friends? Claire was always popular. A total teachers-pet too. Everyone loves Claire, they always have.”

“If you do not report on Jules in the next ten seconds, I will break your neck and replace you.”

« Nouveau livre Addison Cain !
Shall I let this out of the Vault? » 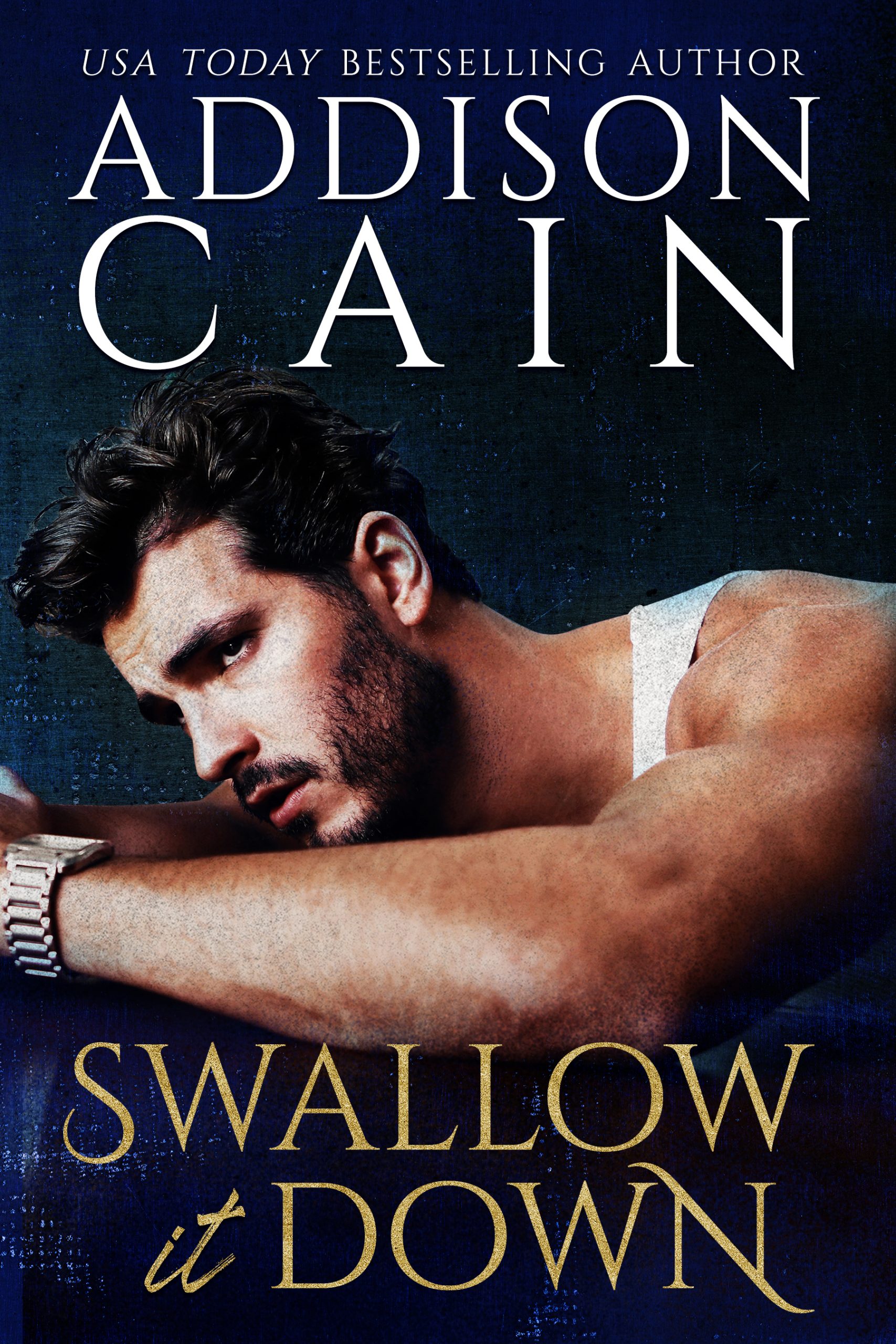 “A love story as passionate and intelligent as it is beautiful.”- Alta Hensley, USA TODAY bestselling author

"Make room on your bookshelf. Sultry, gentle, and corrupt, this is aromance that satisfies!" -Myra Danvers, USA TODAYbestselling author